It’s a beautiful old port city, but it’s also a border town, dirty, seedy, with souvenir shops and hustlers offering tours of the casbah. It’s the drive-thru version of Morocco, offering a sampling platter of the culture, perfect for those on a one-day tour from Spain.

My first mistake was getting off at the wrong train station, one stop away from where I needed to be. We walked down the highway trying to flag down a taxi. One man stopped to offer us a ride in his van, but we knew better. We kept walking until we finally got a taxi to the Hotel Continental.

The hotel was charming in its own way, old and clinging to its former glory. I imagined it was once glamorous, its interior a mix of classic Moroccan design and art deco—black-and-white checkered floors, bright pink walls and stained glass. Our room had mildew and a shoddy lock, but the drapes were red velvet and the room overlooked the port.

That evening, we grabbed a bite to eat in a café and walked around a park. It was after dark but there were still people out. We walked toward a monument in the park and a man sitting on a bench stopped us, warning us about “bad men” who were just around the corner. We weren’t sure if he too was a “bad man” but we left and headed back for the hotel, looking over our shoulders as we walked.

We had had an amazing time in Morocco and it wasn’t worth the risk to try and squeeze in one more good night. Not in Tangier anyway.

The next morning we had an hour to kill before our ferry so we walked around the city, which felt much safer in the daylight. A man approached us to offer a tour, and though we said no, he was persistent. He practically begged us, so we gave in.

He led us around through the alleys, pointing to different doors, telling us stories about their meanings and insisting I take pictures. I obliged. We walked toward the port, looked at canons, and eventually, and as expected, the tour led us to a scarf shop. By now, we knew the game. We would get a demonstration of how to wrap the scarves on our heads, Moroccan style, a cute photo op popular among tourists, a show we had seen before. Then we would get a special offer, just for us, just for today, and our tour guide would get a cut of the sale.

Having already bought all the souvenirs we wanted—a box made of camel bone, marble tablets with Arabic writing, hamsa door hangers, scarves and tons of knickknacks—we weren’t obliged to buy anything else. So we ended our tour, paid our guide, and said goodbye to Morocco. Then we took the ferry to Algeciras to begin a new adventure in Spain. 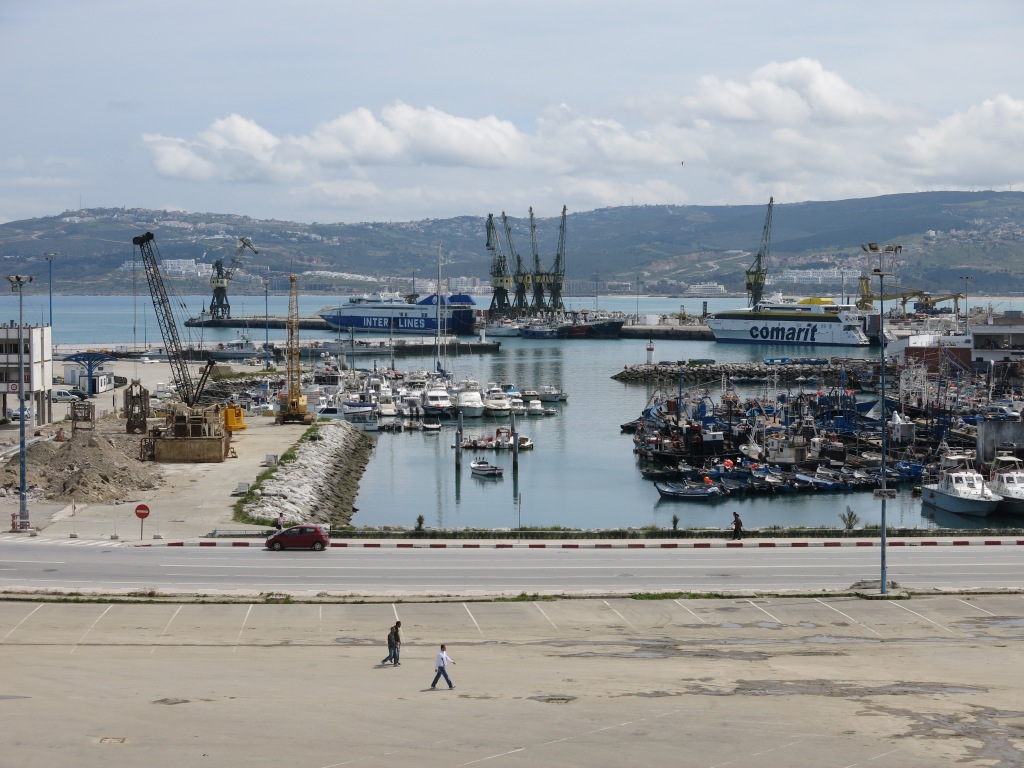 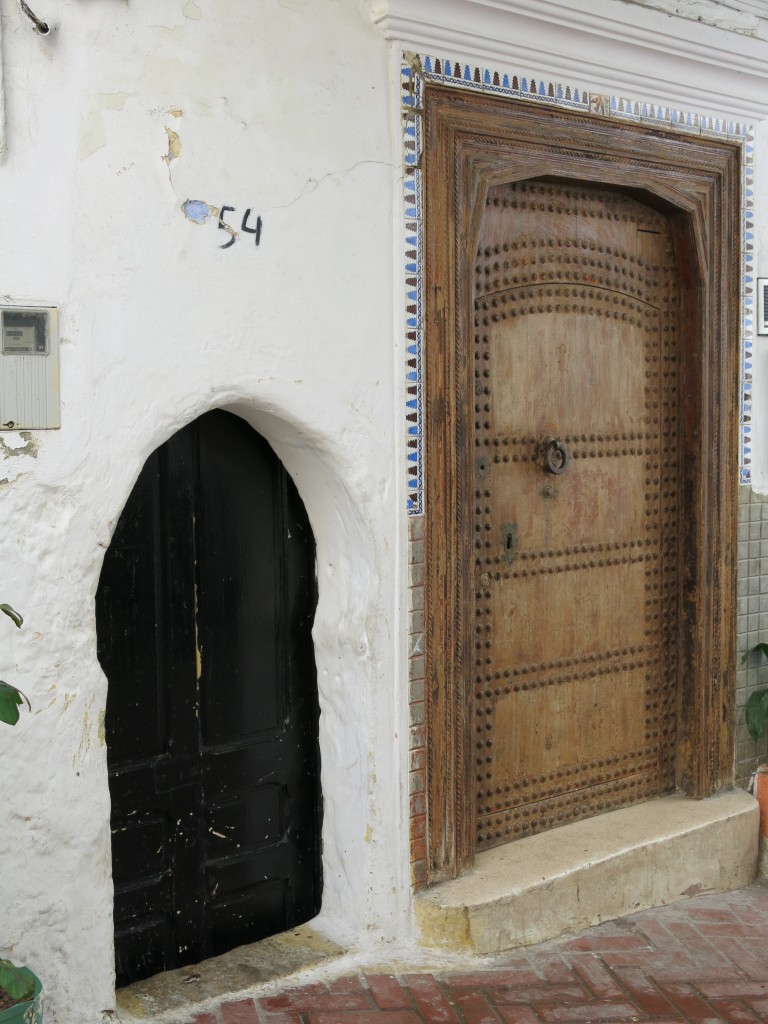