When our ferry from Tangier arrived in Algeciras, we checked into our hostel and spent the rest of the day walking around the city. We restocked on toiletries, hit the ATM for Euros (transitioning from Moroccan Dirhams), and gorged ourselves on gummy candies from a small candy shack we stumbled upon. Then we stopped by a café for some beer and real food: bocadillos de lomo—pork loin sandwiches on baguettes.

The next day, before our train to Granada, we took a detour to Gibraltar. Getting there required a bus ride to a town called La Linea de la Conception and then a border crossing since Gibraltar is a British Overseas Territory.

For such a small place (2.6 square miles), there was a surprising amount of stuff to see and do including a castle, the Mediterranean Steps (a long, steep walk up the Rock of Gibraltar), a nature reserve with monkeys, and a cave steeped in legend (including the idea that it was connected to Africa underwater).

We talked to a guide about tours but we didn’t have enough time, so we made the most of our two hours by ourselves. Only later did I learn about Gibraltar’s long and interesting history—from its Neanderthal inhabitants to its military history to its hotly debated status as a British territory—and I wish we had planned for a full day.

But what we did see was still pretty cool, especially since visiting Gibraltar was a squeezed-in bonus.

First, we took the cable car to the top of the Rock. Inside the gondola we gazed out at the city and saw ships in the blue waters of the Strait of Gibraltar. When we exited the gondola, we were greeted with Gibraltar’s famed Barbary Macaques (monkeys). They ran around us playing and one jumped onto the woman next to me. It sat on her shoulder with its hand on her head.

Next we went up to the observation deck for a better view, but we couldn’t see a thing—we were in the middle of a cloud. Apparently, this is a common occurrence.

With about an hour left, we took the gondola down and hopped on and off the local bus to see as much as we could like the Trafalgar Cemetery with canopies of wisteria and the city square which showed Gibraltar’s true colors. Red telephone booths. Union Jacks. Pubs with fish and chips. It would have felt gimmicky if it weren’t in fact a British territory.

Before we left, we shared a pint of Strongbow and got a British Pound from the bartender as a souvenir. This was definitely a place I wanted to remember. 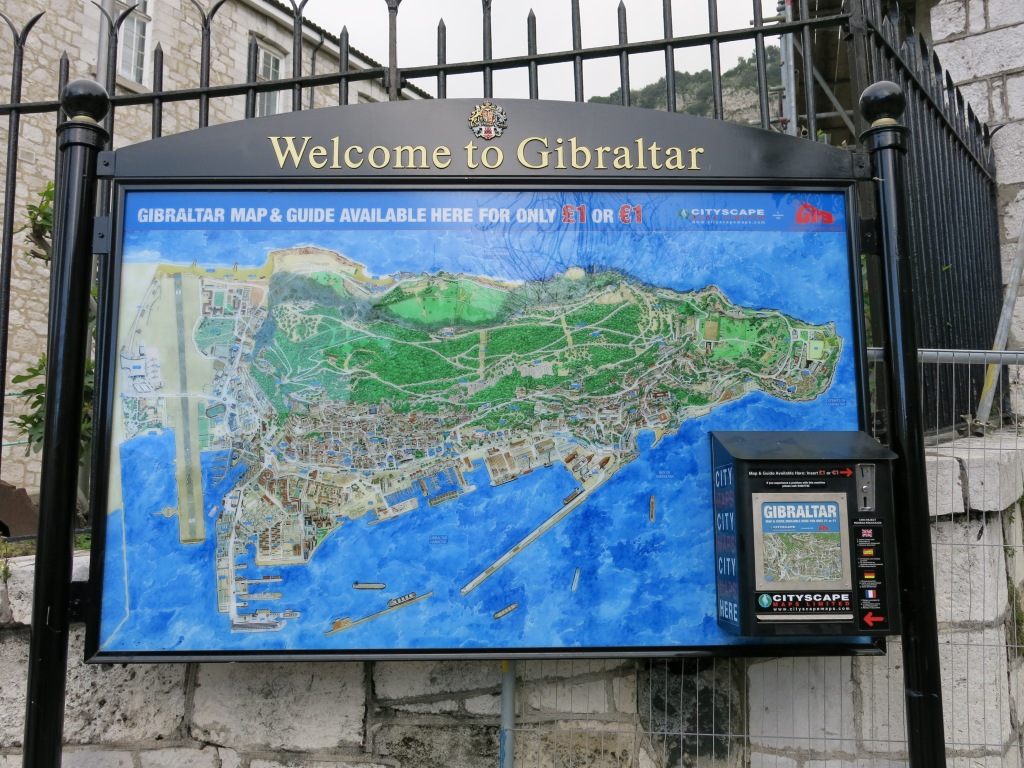 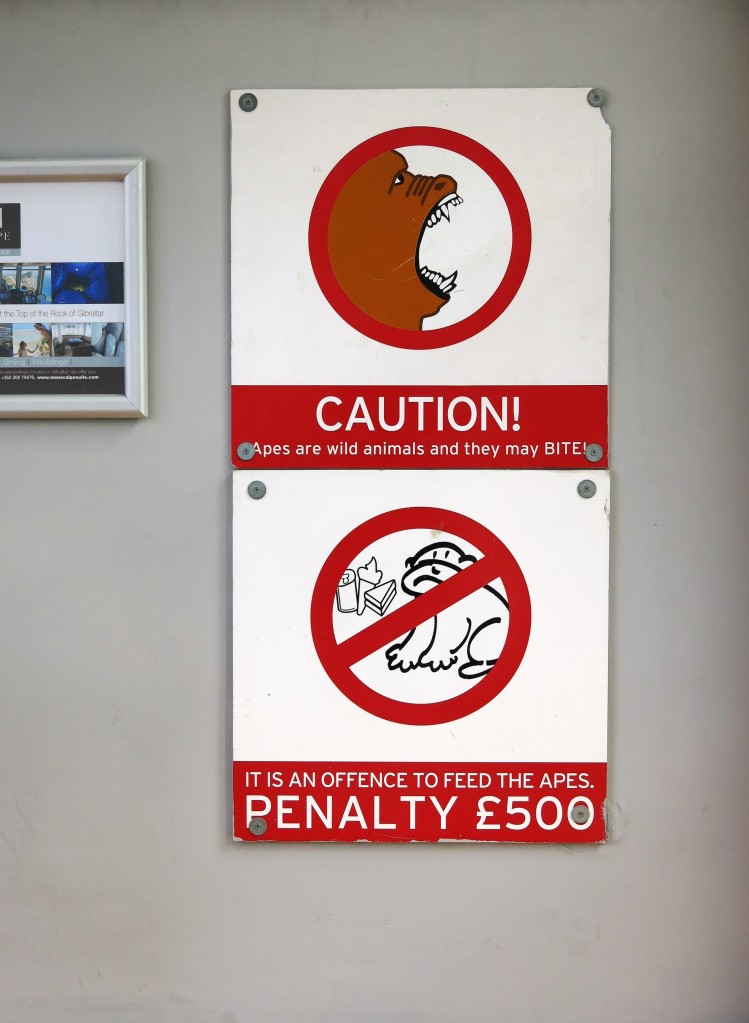 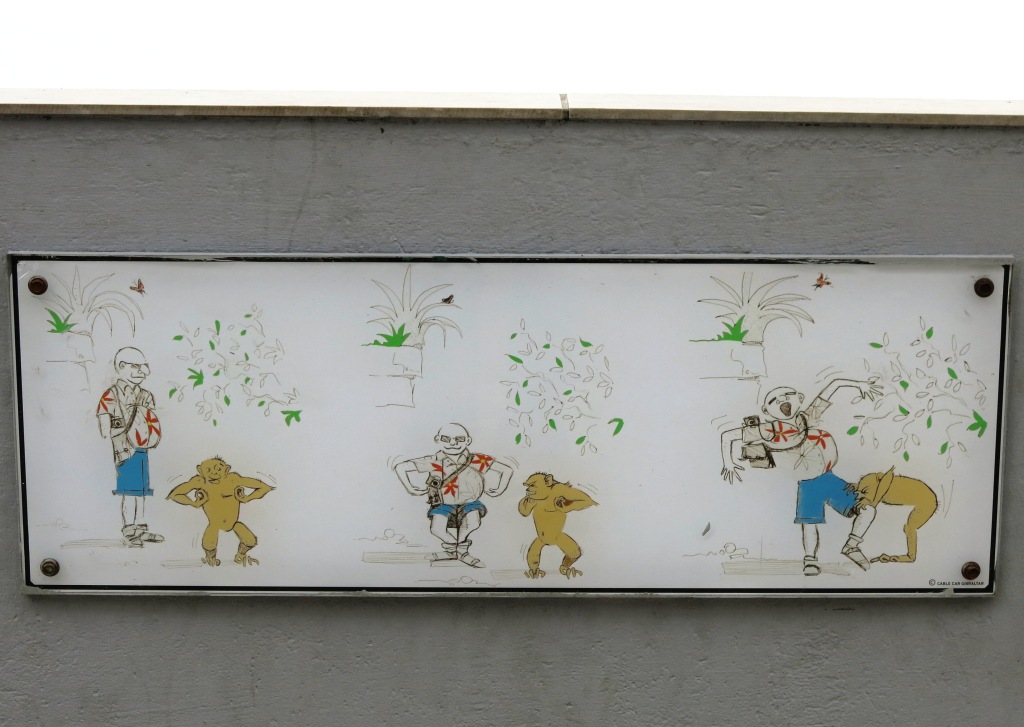 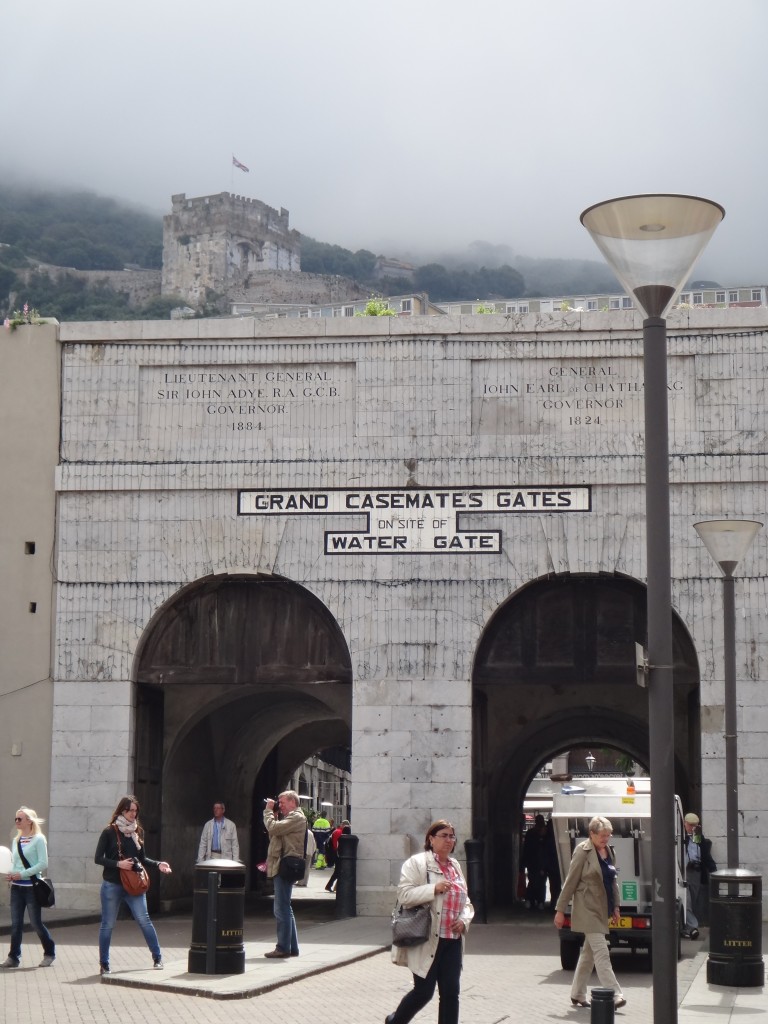 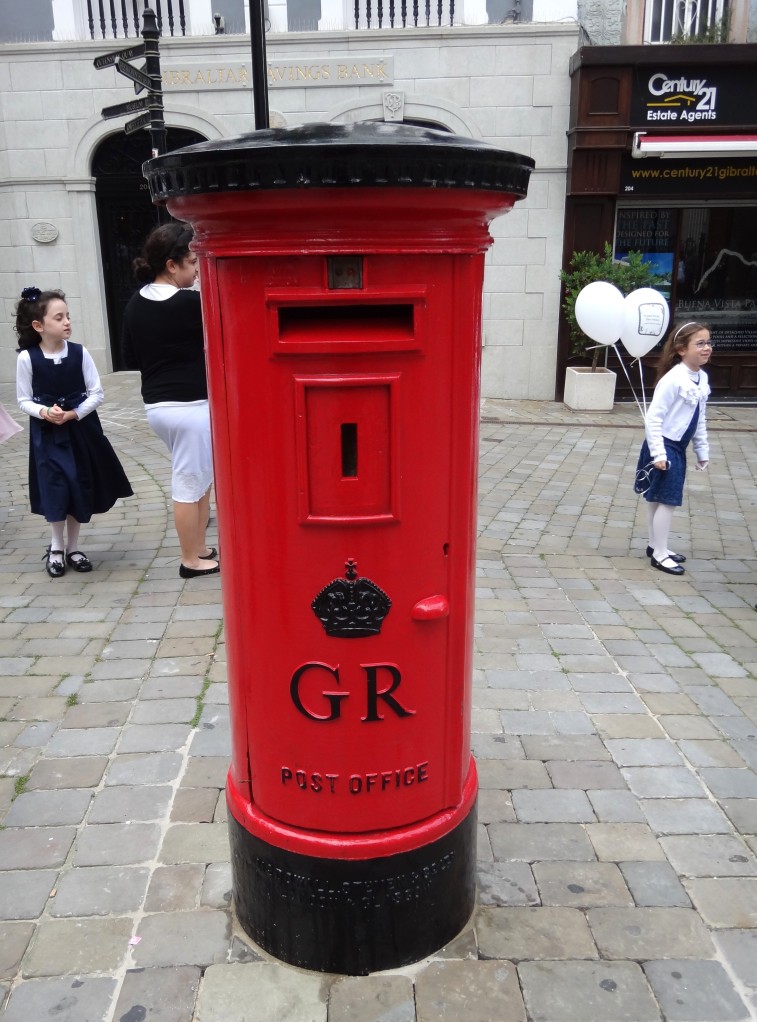 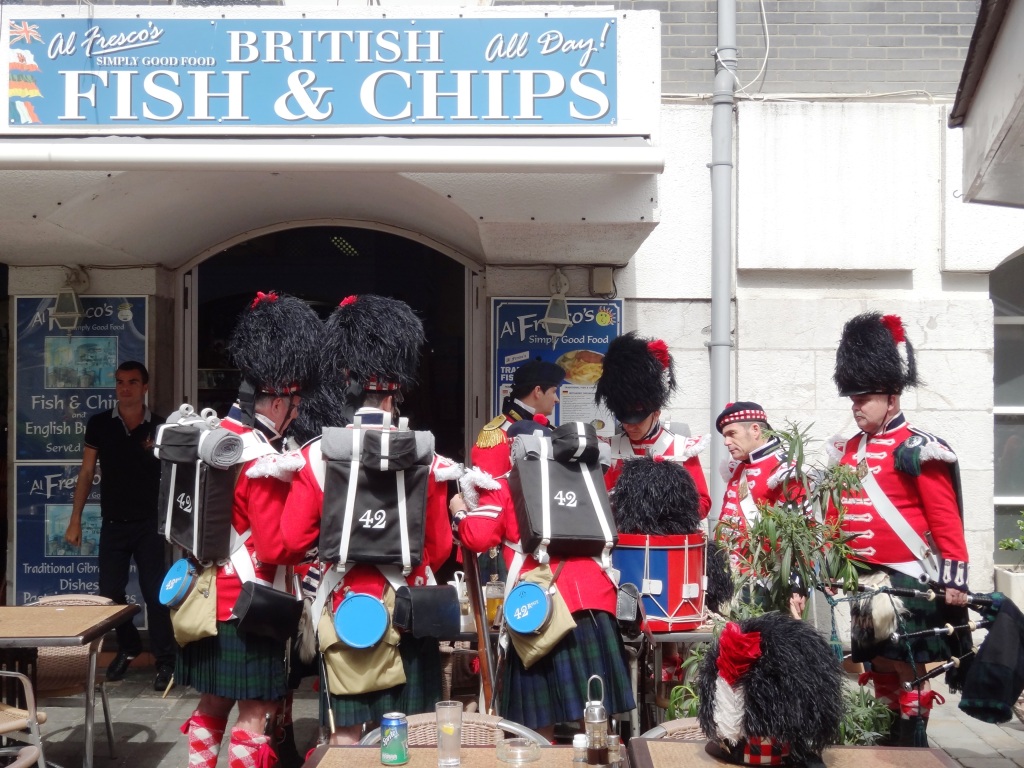 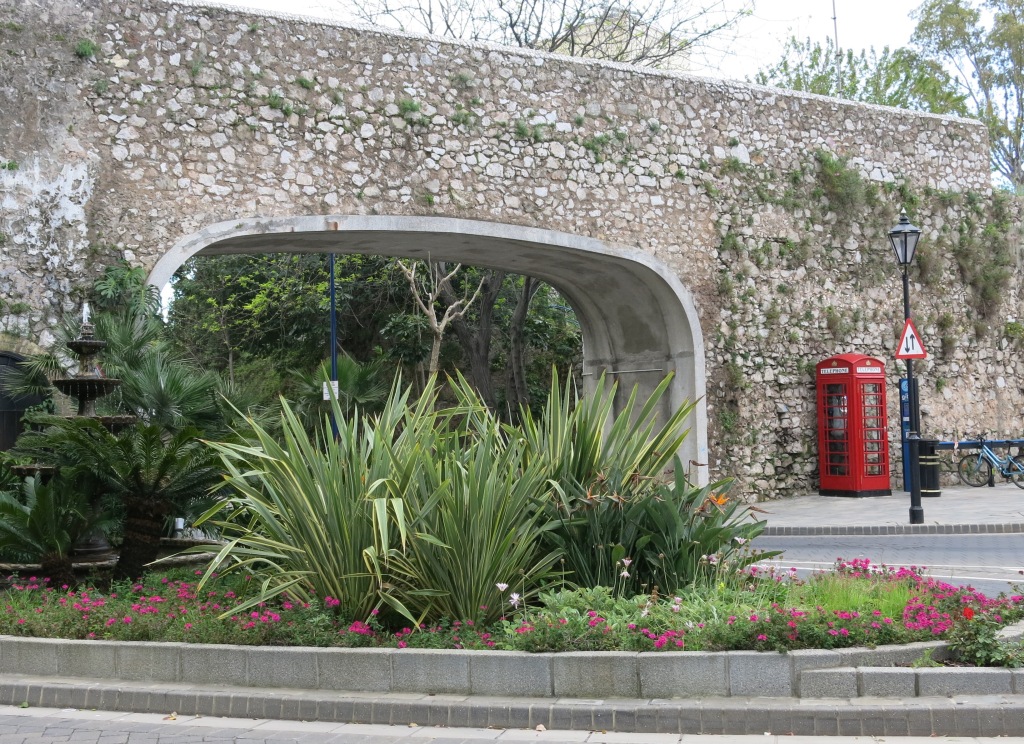 4 thoughts on “Algeciras and a Hop to Gibraltar”