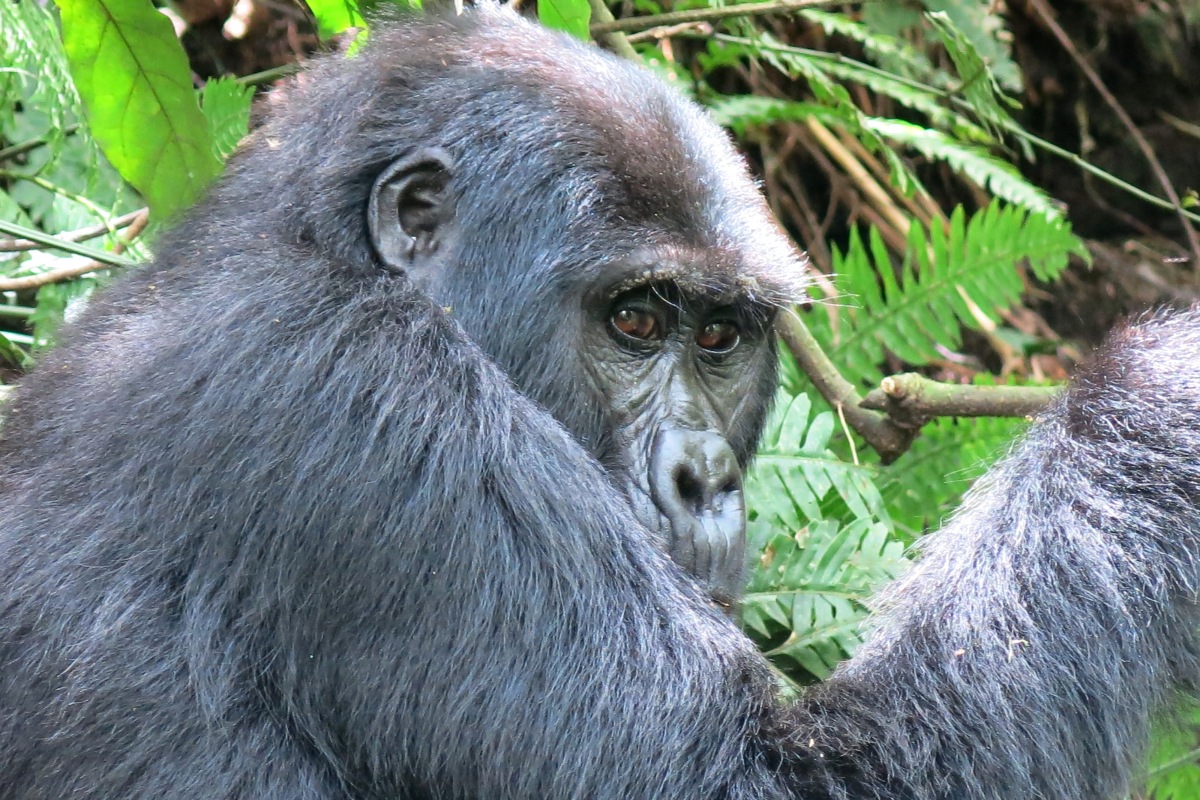 After a brief introduction, our tour guide, Obed, led us into the Bwindi Impenetrable Forest following directions from the gorilla trackers via radio. That morning, our gorilla family was at the top of the mountain. We were joined by four people from South Africa, flanked by park personnel carrying AK-47s, and accompanied by paid porters who helped carry our bags.

Our porter was Rulia. She was tough and graceful, effortlessly maneuvering the forest wearing rubber rain boots and carrying our backpack full of water bottles. I followed behind her, using a walking stick for balance while upright, and clawing my way up on all fours at steeper points. The soil was soft and gave way underfoot, so I grabbed for rocks and vines as I climbed. Before I put on gloves, I got a handful of thorns. And when I lifted my sunglasses, I was slapped in the eye with a branch. At least I had sturdy pants and good boots.

Since they are habituated and used to human presence, they didn’t mind our thousands of camera clicks and went about their routines of eating and grooming. The mother was nursing a baby and we poised our cameras waiting to catch its tiny face. That was the strangest part about seeing gorillas in the wild; knowing their fierce power while suppressing that fear so effortlessly, so present in the moment with near-anxiety that you have only 60 minutes in your lifetime to do this exact thing, and to get photos you’ll be happy with. We furiously took photos both out of excitement and for fear the gorillas would leave at any moment. Later, once we all had good shots, we relaxed, put our lenses down and just sat to observe. Our hour was up in no time.

We left the gorillas then stopped to eat our packed lunches. Then we headed out of the forest. The route was even steeper than before and Obed directed us to scoot down on our butts. I slid several feet at a time down the soft soil which became looser as we each took our turn down the trail. Sometimes Rulia would grab my foot and place it in a sturdy spot or untangle it from a vine. As we descended, we loosened rocks which tumbled down on those below us. A large one narrowly missed my husband’s ribs.

And then came the rain.

It poured for an hour, big fat drops of ice cold rain, turning the forest into a muddy slip-and-slide. Rulia was ahead of me, insisting I grab her hand with each step. But reaching for her below me was throwing off my balance. Eventually, I ignored her outreached hand, trusting my instincts to get low to the ground. I literally crab-walked through the steepest and muddiest parts. I felt sturdy and moved swiftly without slipping until the land was flat and I could stand.

By the time we returned to the park entrance, after 7 hours in the forest, I was exhausted, caked in mud, and grateful for no broken bones. Of his 9 years of experience leading these treks, Obed said this was his third most dangerous.

Our trek ended with a “graduation ceremony.” Then we tipped Obed and Rulia for their hard work and headed back to our lodge for a long night of mud removal and comparing photos. 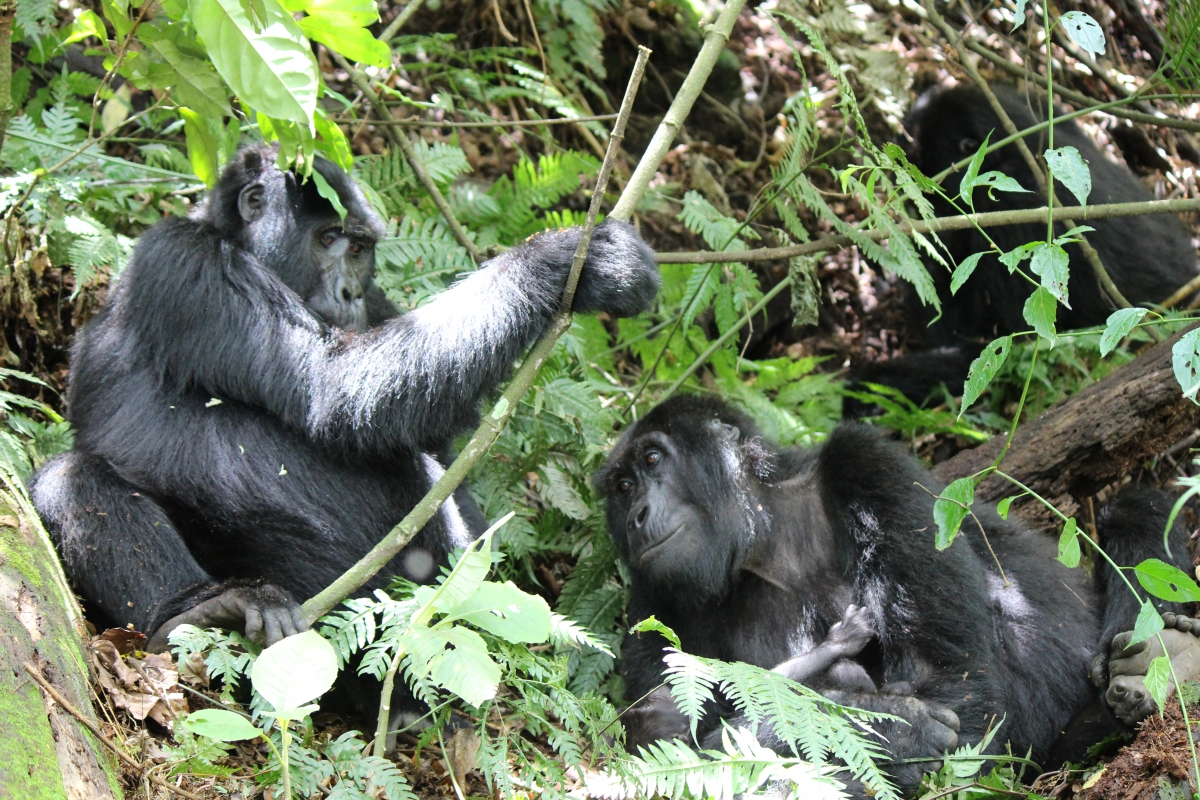 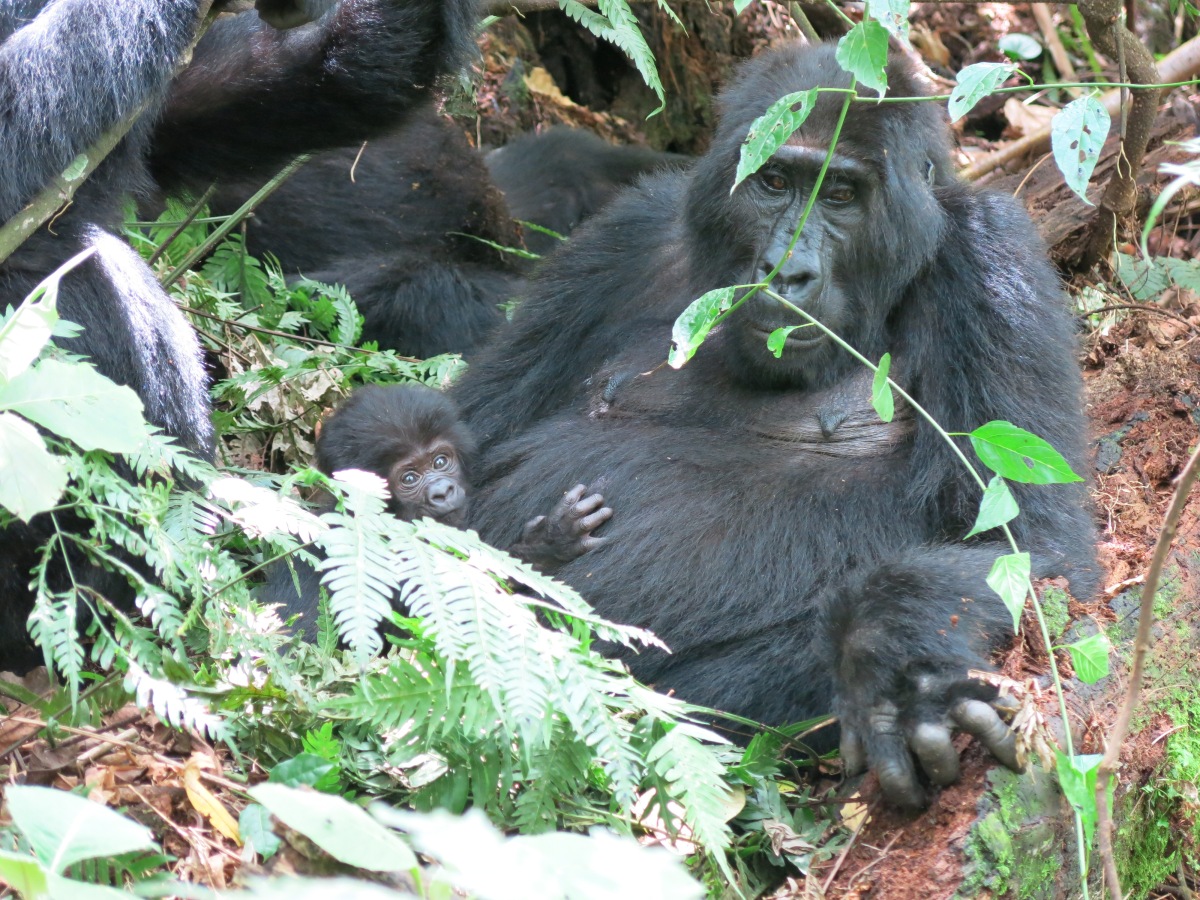 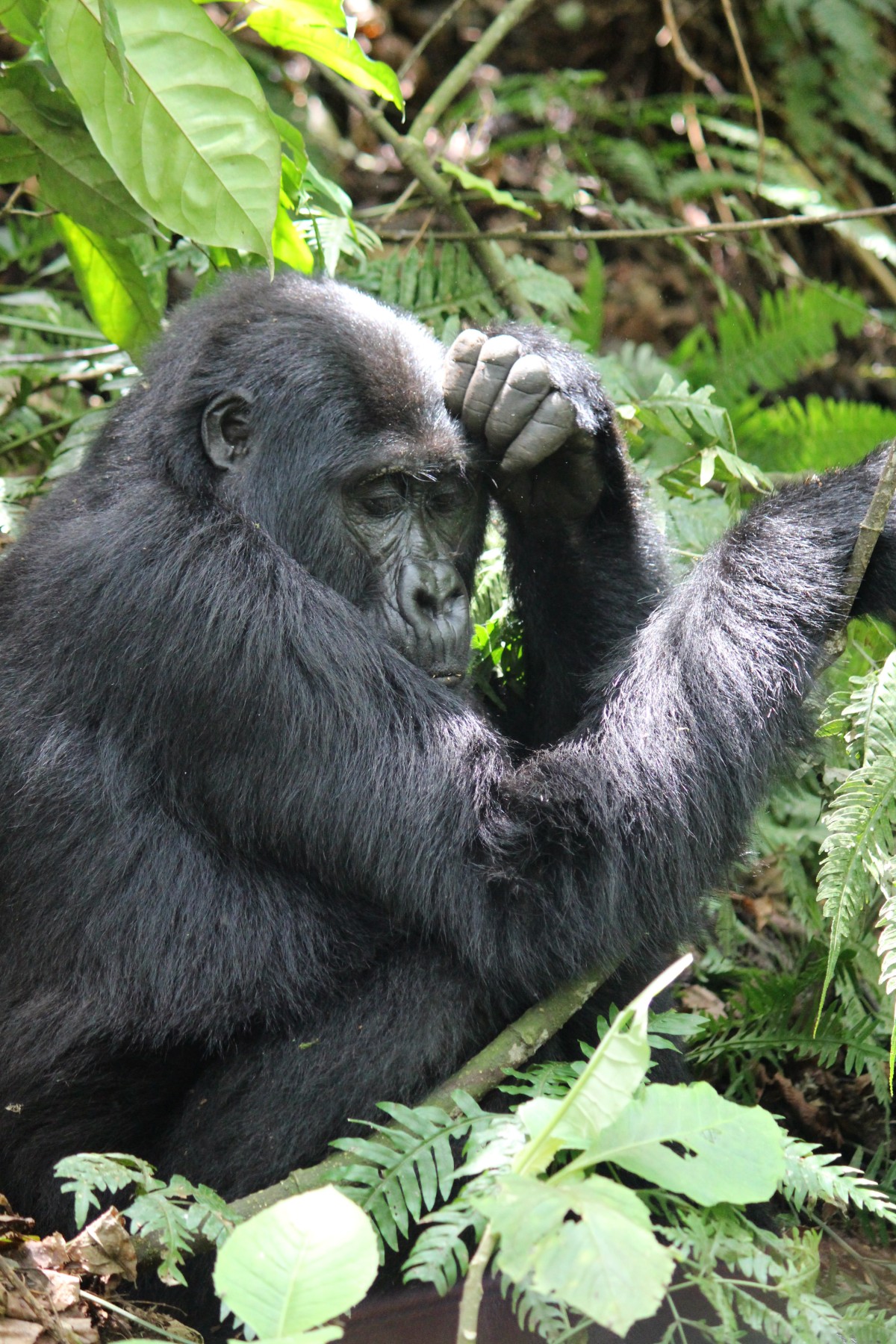 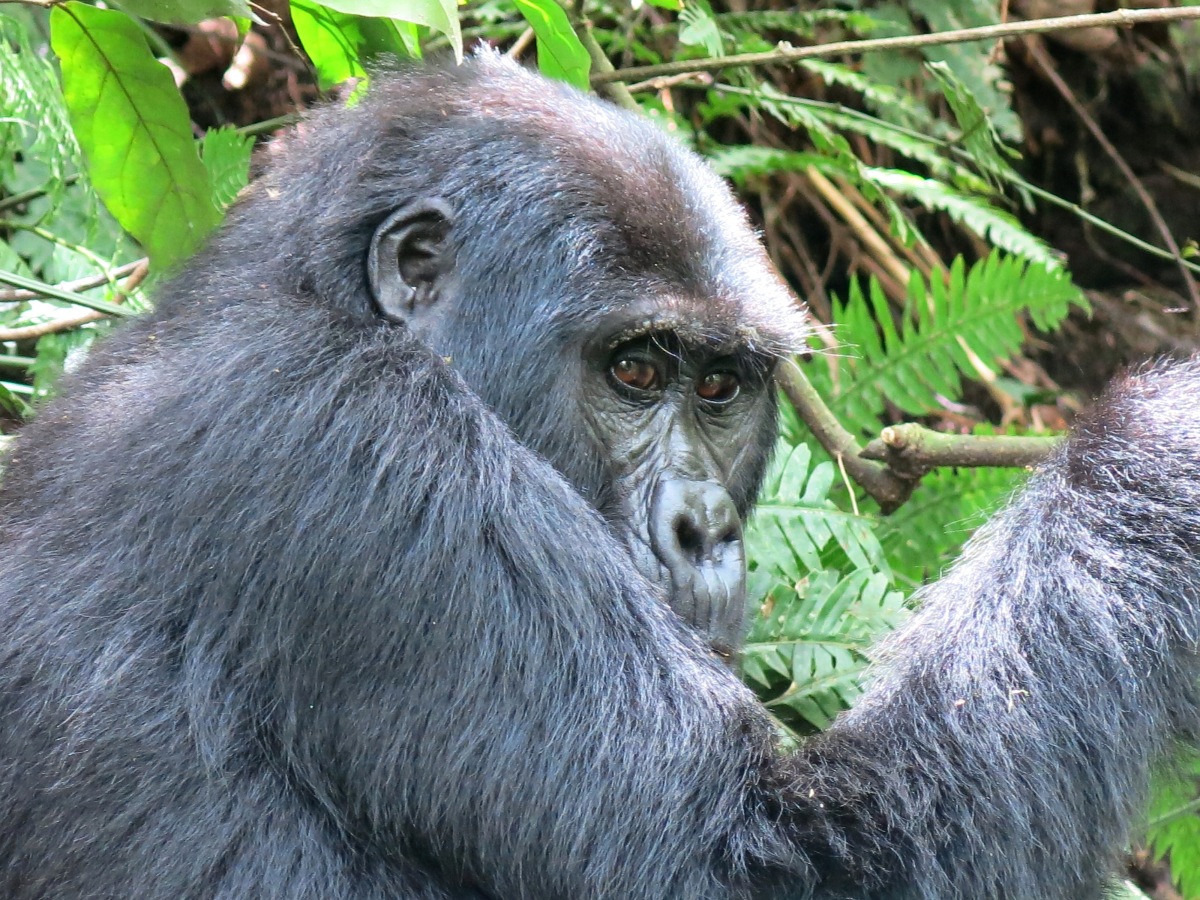 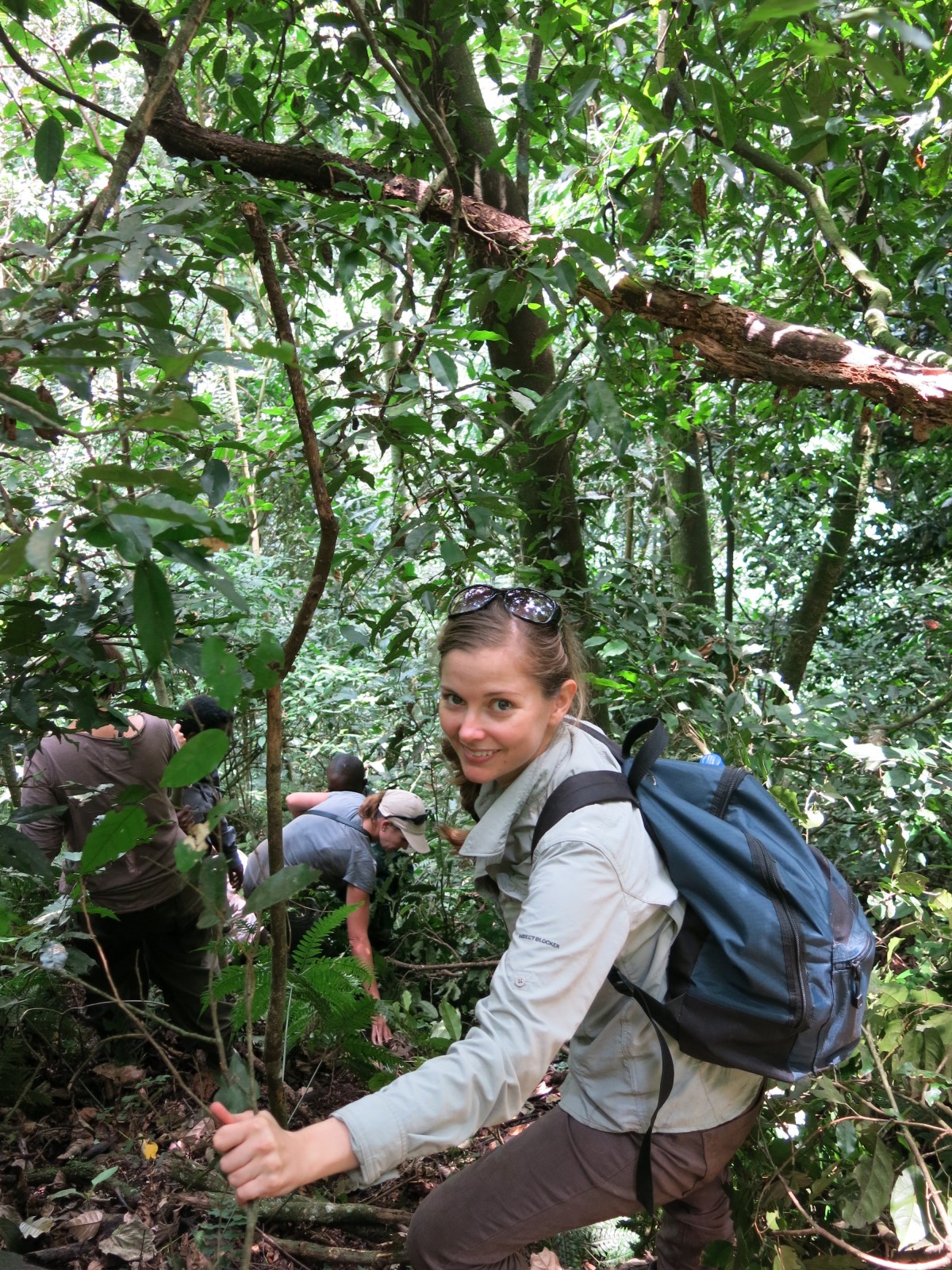 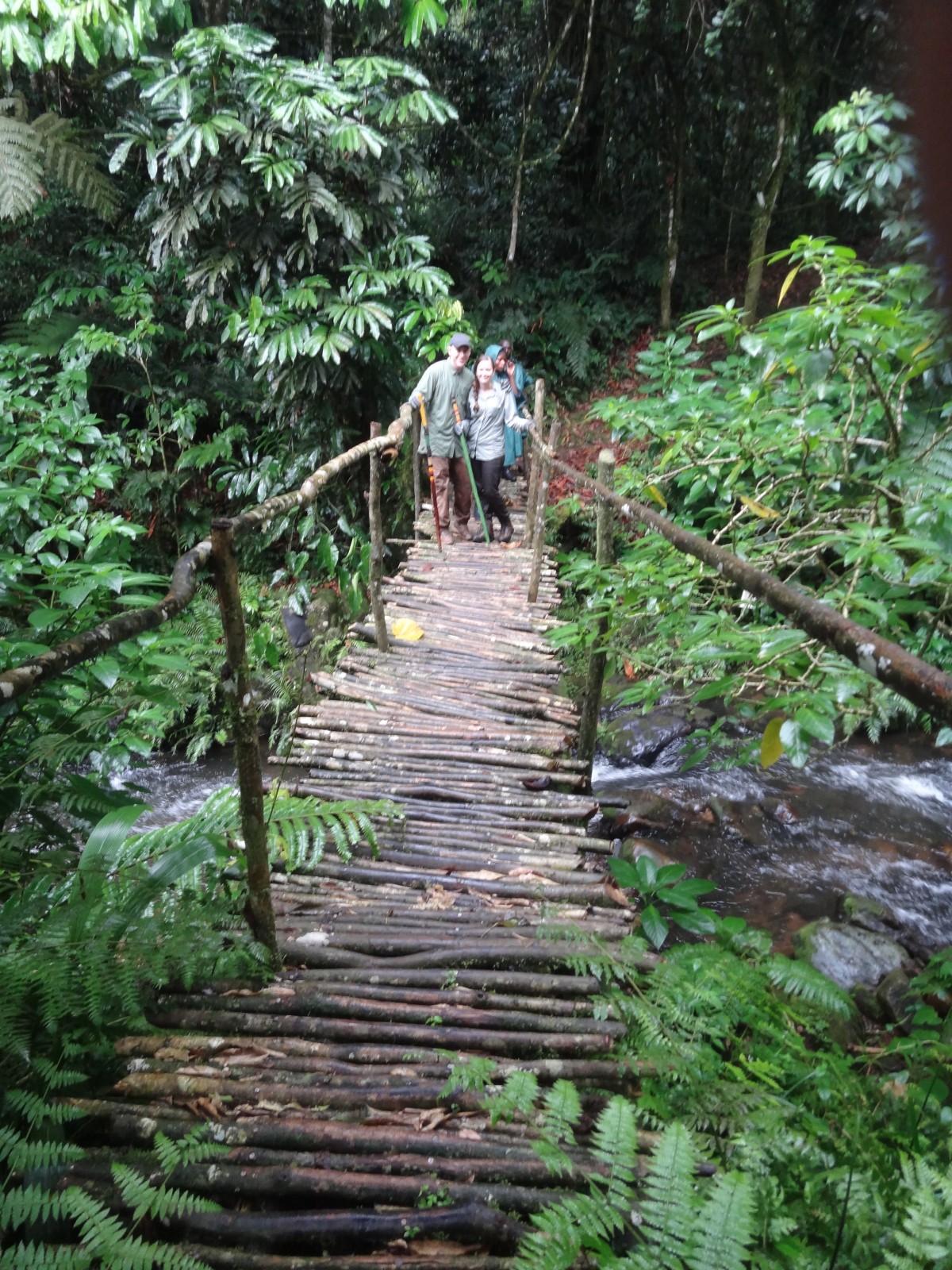