When we arrived in Naples, it was late and raining. Taxis lined the street and the homeless huddled against the train station walls. Only a mile from our hotel and facing a high taxi fare, we chose to walk.

As we headed down Galileo Ferraris, I wondered if we had made a mistake. It was an industrial area with few street lights and little traffic except for the ladies of the night and their johns. The sidewalks were littered with condoms, needles, feces. I was uneasy until I saw the sign for our hotel in the distance.

The next morning when we entered the metro station nearby, we wondered whether the train would actually stop there. The stairs were soaked in urine, the walls were graffitied and the ticket machine had long been broken. A handful of teens loitered on the platform and we asked them if we needed to buy tickets. They were confused at first and then laughed. Clearly, no one actually bought tickets, nor was it even possible.

This was Gianturco, a station we were later told to avoid by a woman who sat next to us on the train. Pericoloso, pericoloso! she repeated. Dangerous. In addition to her warning, she wrote down the name of a pizza place we should visit while in Naples to give us a better impression of the place: Sorbillo.

Later on, after visiting the National Archaeological Museum to see artifacts from Pompeii and Herculaneum, we walked around the city to see what constituted “gritty” and “edgy”—the guide books’ favorite way of describing Naples.

I’m tempted to call these descriptions euphemisms, a nice way of overlooking the obvious decline of the city, the overflowing garbage and the ever-present graffiti marking city walls, statues, historical placards—anything within reach. But I can also see Naples’ charm, the tiny streets and rows of shops, the freakish amount of miniature nativity sets on Via San Gregorio Armeno, and of course, the food.

While walking, and completely by accident, we stumbled across Sorbillo. It wasn’t open yet so we waited outside where we met an American couple on their honeymoon. They were at the end of their trip and ready to go home. Naples had given them the same sense of uneasiness—and they were from Detroit, America’s own broken city.

As we talked, a large crowd had gathered, and when the doors finally opened, it was chaos. The staff called out party numbers (Party of 3? Party of 5?) and then pointed to groups in the crowd. We held up 2 fingers and were one of the first groups to be seated. When our waiter came, we told him to bring us 2 pies—whatever he recommended.

Soon after, we were given a traditional Neapolitan pizza, the crowd favorite, and the waiter’s favorite which had bacon and ricotta cheese. It was fresh and non-greasy with simple flavors and a soft, chewy crust. It was simply amazing—the best pizza I’ve ever eaten—and pretty cheap too. We ordered a bottle of red to accompany, which was equally good, cheap and served with small plastic cups. Then we finished our meal and continued exploring the city with a small bottle of limoncello. 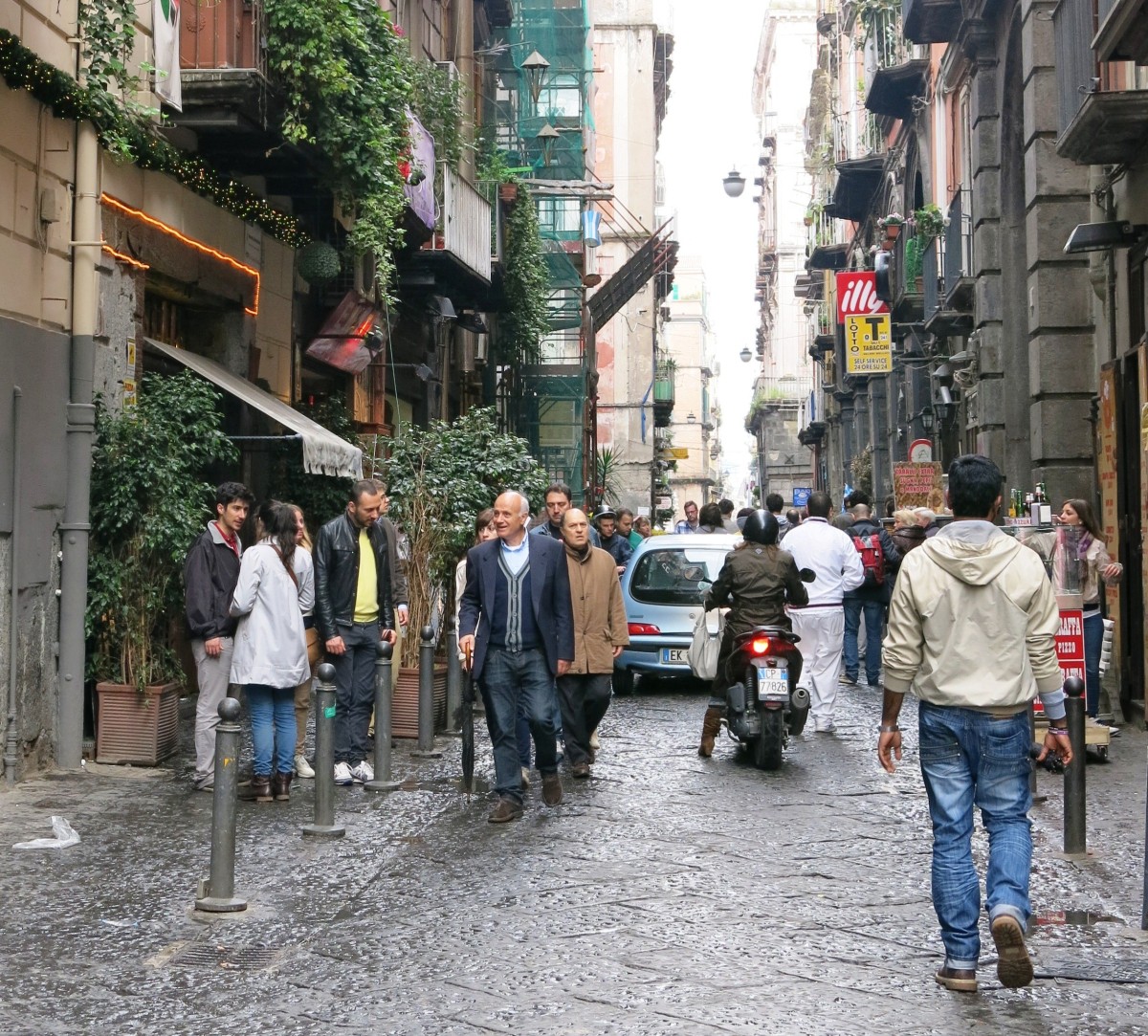 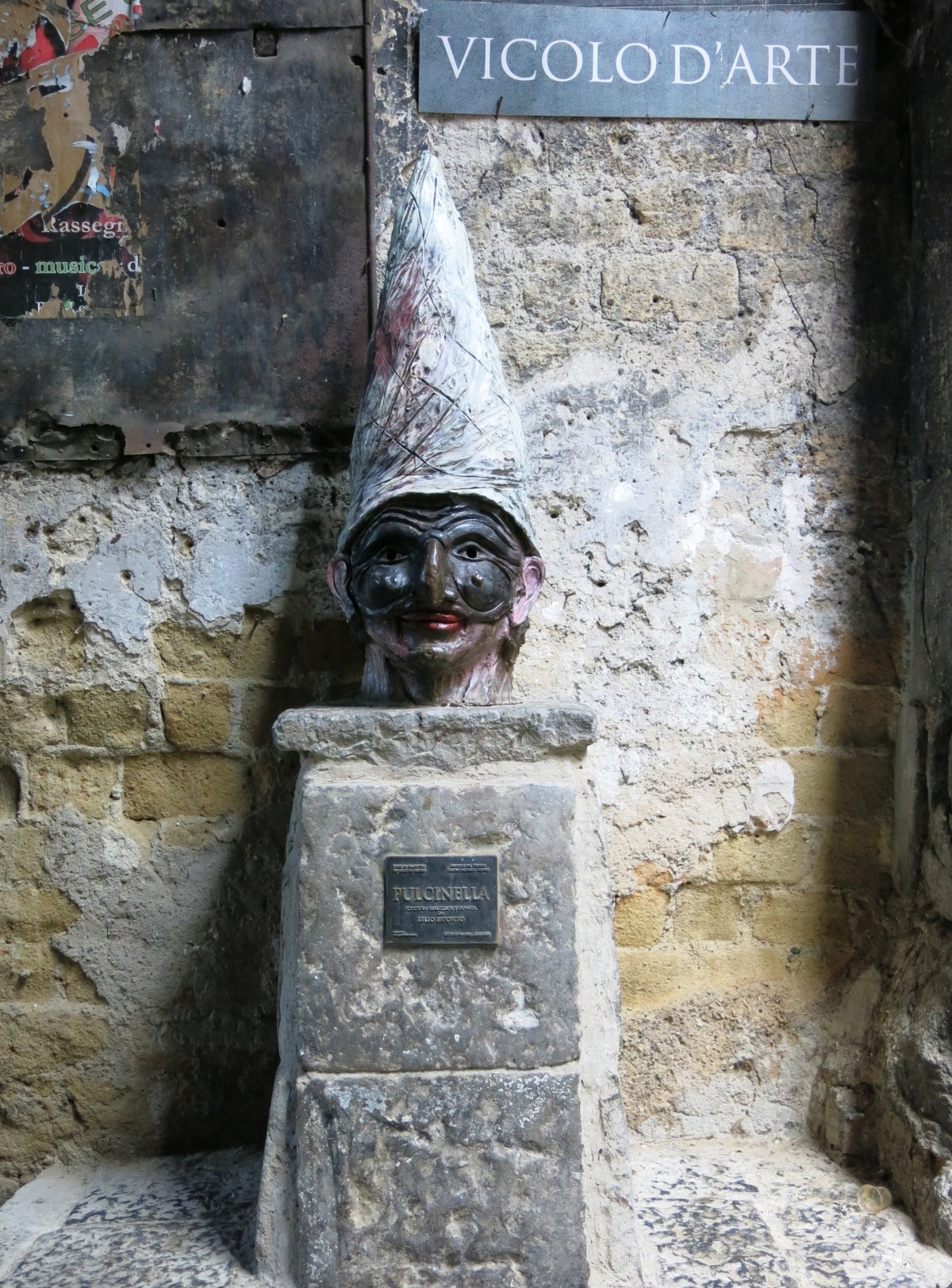