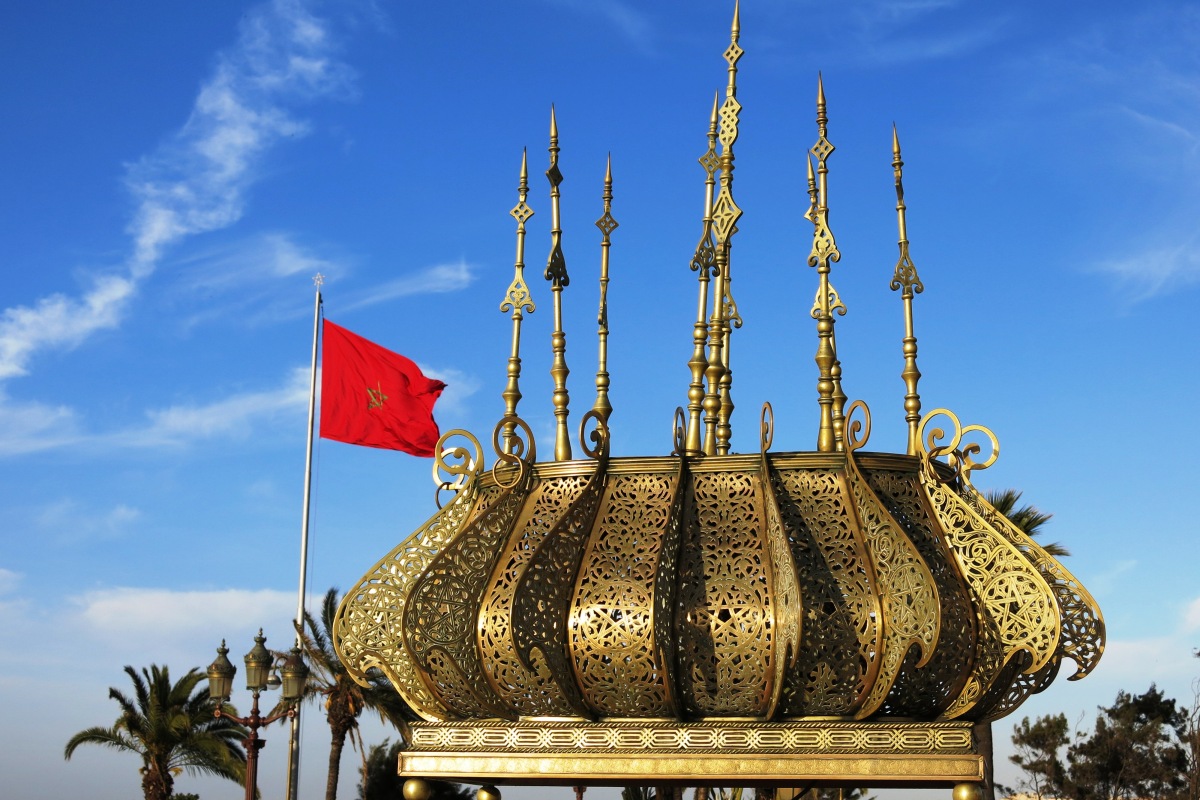 After a week of exploring Morocco and immersing ourselves in the old world—eating tagine and couscous, shopping in the old medinas, visiting the Berbers—Rabat was a nice change of pace. We went there just to spend an afternoon visiting the Hassan Tower, but we found Rabat to be special, a unique, modern city that incorporated the old world into the new, a city worth more of our time than we had planned, a city we could see ourselves living in.

When we arrived, we walked around downtown, admiring foreign embassies, the Royal Palace and other government buildings. There was a newly built tram system and an abundance of pizzerias. Rabat is Morocco’s capital city and it felt like one. In fact, it felt so “normal” that I didn’t even think to take photos.

Next, we checked into a hotel to drop off our bags. It was a nice hotel, nicer than most we stay at in the US and also more expensive than we wanted—a drawback of last-minute travel and not booking ahead. There were a few hours left of daylight so we headed toward the Hassan Tower.

Once at the tower, I was surprised that it didn’t feel like a tourist attraction. There was no admission charge, no one selling trinkets and no one hassling us to pay them for a tour. Most of the visitors were locals. Families ate popcorn and other treats sold by vendors. Mothers sat and talked while their children played games in adjacent gardens. For them, it was just another day at the park.

For us, it was a step into an unfamiliar history. We stared up at the strange tower, a 140-foot cube made of red sandstone. Around it stood 200 columns of varying heights and crumbling walls that were bright orange in the sun. The tower, we learned, was an unfinished minaret of an unfinished mosque that was started in 1195 and stopped four years later at the death of the sultan who had commissioned it.

At the other end of the courtyard is the Mosque and Mausoleum of Mohammed V. Royal guards in bright red uniforms stand at the entrance of the mausoleum. Emerald green tiles adorn the roof, and inside visitors crowd around a balcony to look down at the ornate room holding the tomb.

At sunset, we left the courtyard to sit in a nearby park that overlooked the Bou Regreg River into the city of Sale. We sat on a concrete bench reading our Nat Geo guide while locals sat on blankets in the grass, the tower looming behind us all. It was peaceful, a much needed pause from our breakneck pace.

Once it was dark, we went to Big Fresh—a pizzeria we had passed earlier near our hotel—to eat pizza and burgers and use wifi to book a riad for the next day in Meknes. I had enjoyed the Moroccan cuisine the past week, but it was nice to just have a pizza.

Back in our hotel, we indulged in a few hours of television and the unexpected gift of sleeping in. In Marrakesh, we had awoken each morning at 5 a.m. to the call to prayer. It was loud and deep, the unfamiliar sound of an unfamiliar language echoing through the city. In Rabat, we didn’t hear this at all. But for those who did want to pray, there was a sticker on the ceiling pointing to Mecca.

The next morning, it was back to our usual pace. We had breakfast and hurried off to spend an extra half day in this city that had caught us off guard. We walked toward the coast along the old city walls and arrived at the Kasbah of the Udayas.  We climbed the steps to the main gate, admiring its massive size and beauty, and then entered this city within a city. We walked among the gardens and orange trees, visited the Oudaya Museum, and explored the maze of blue and white streets.

When we reached the ramparts, we looked out to where the ocean met the mouth of the river. The water was murky with gentle waves and people were surfing in wetsuits. Looking west, there was a long boardwalk along the coast and a cemetery just opposite.

By then, it was nearing time for our train so we took the long walk back to the station. Along the way, we stumbled upon the old medina and walked a path straight through the center. We looked at furniture and souvenirs and no one pushed for a sale. We were free to just look, undisturbed.

Once on the other side, we were back in downtown Rabat. We strolled the palm-lined stretch of Mohammed V Avenue and then boarded the train for Meknes.

5 thoughts on “Modern and Historic Rabat”